Walt Disney World Resort will feast its 50th anniversary in 2021 with “The World’s Most Magical Celebration.” On Friday, Disney revealed brand new details hinting at some of the things guests can expect when the festivities begin later this year.

Starting on Oct. 1, 2021, Mickey Mouse and Minnie Mouse will host “The World’s Most Magical Celebration” honouring Walt Disney World Resort’s 50th anniversary in Lake Buena Vista, Fla. They will dress in flashier looks custom made for the 18-month event, highlighted by embroidered impressions of Cinderella Castle on multi-toned, EARidescent fabric punctuated with pops of gold.

Disney officials on Friday unveiled the first details of how Disney World will celebrate its milestone anniversary. 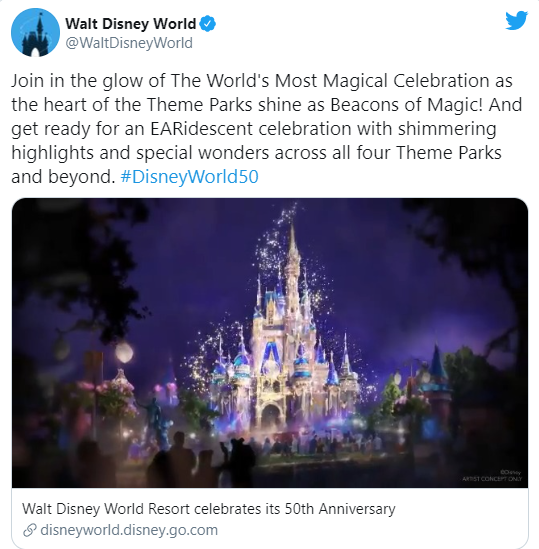 Plans for the 18-month celebration which starts in October are being made amid one of the toughest stretches the sprawling theme park resort has faced in its nearly 50 years.

Last fall, the company announced layoffs for 28,000 workers from its parks division due to limits on attendance and other issues related to the pandemic.